When I was small my brother had a room filled with books. He was very generous with these, but there was some of them I could not have access to. In some cases, it was because the content wouldn’t have been appropriate (I was obsessed with both the front cover of Agatha Christie’s Lord Edgware Dies and Wyndham’s The Crystalids which looked akin to video nasties to me). In another case it was as the content was both revered and a little bit scary for different reasons.

This was his copy of The Complete Works of William Shakespeare. It was one of the biggest books in his collection, and whilst it was just a jumble sale edition he had picked up for a few pence, it seemed to contain more than his battered copy of The Hobbit or The Hitchhiker’s Guide to the Galaxy (both great texts).

People talked about Shakespeare like his work was somehow magical. This was further emphasised for me when I stumbled upon an old black and white production of A Midsummer Night’s Dream one rainy afternoon and discovered that his work did indeed seem to contain fairy folk and beings that could be transform into donkeys at a whim (I am not sure I was quite keeping up with the story).

The plays weren’t really mentioned in my primary school, in fact I don’t recall them ever coming up at all, let alone studying them, but I increasingly heard people talk about how hard they were, how tricky they were at secondary school, and the beginnings of some questions as to why we might want to look at them at all.

When I was about eight or nine my brother finally relented and let me hold the fragile, possibly gold leafed, pages in my hands. It was a crazy mess of words. I liked reading in school and had tackled some quite complex books already, or so I thought, but this was a whole new world. I would stare at the pages for a bit and wander away again, not sure that this was for me at all. Perhaps it was what clever people talked about.

Indeed, as I got older, I began to wonder a lot about if quite a few of these ‘tricky’ things were for me. As we grow, we begin to have more of a sense of the world around us and where we fit into it and my family didn’t talk like the people on the telly, unless Eastenders counted or Only Fools and Horses, my dad didn’t work in an office and we’d literally never had a dinner party, although sometime a cousin came over for Christmas tea.  Poems we looked at in school seemed to be world away from me and talk in some sort of secret language I thought belonged to other people. When I finally encountered Shakespeare properly for the first time in Year 10 I was already beginning to feel disconnected from school and what it might offer me in the longer term. I immediately dismissed Romeo as a fickle idiot and Juliet just should have known better, and anyway what was this all about anyway and what did it mean for me?

But I also had those lingering memory of that desire to be able to access what had sat up on that shelf and what other people watched in the theatre or on BBC Two. I have always been rather stubborn and despite, my misgivings about school at that age, I did like learning. I’d also found myself a friend, whose family had all been to university, they sat and had dinner (not tea) in the evening where they talked about books and things, and I really couldn’t see why she should be able to potentially have all the fun without me. I also didn’t want to look silly.

So back I went to Romeo and Juliet. We didn’t watch a version in class as the teacher either didn’t fancy wheeling the big old telly in or the video player had stopped working, and there was never a discussion about going to an actual theatre. We didn’t do drama and most of my classmates hated the play, but somehow those swirling patterns of swirls started to come into focus. Like algebra, I found if I saw it as a puzzle to be solved, I could begin to piece together some meaning. I lingered on Juliet talking about how her ‘bounty was as boundless as the sea’ and not wanting Romeo to swear on the ‘inconsistent moon’ and things began to resonate differently. She wanted reliability, not empty promises, and the love she expressed was something deeper than the teenage pangs that Romeo seemed to be toying with. Considering what I saw on television, and the real-life dramas unfolding in my own and my friends’ lives, this seemed to be saying something important. The parents who couldn’t, wouldn’t and never did understand. The friends who want to step up but make things infinitely worse and the society where your individual self struggles to find a place, could not seem to be more poignant to 15-year-old me. I still truanted school for most of year 11 but memorably went to local library on one of my days of absence to complete my Shakespeare coursework. I even enjoyed it.

Fast forward a few decades and my relationship with the work of Shakespeare has changed significantly. I have studied a number of plays academically myself, attended performances, both professional and amateur, taught his plays to numerous classes and have now written a book which I hope will support others to enrich their subject knowledge and have some new ideas as to how they can approach it with pupils of all ages. From Key Stage 2, where a focus might be on story, character, and performance, to Key Stage 4 and 5 where there will be engagement with conflicting interpretation and opportunities to challenge these and explore whether his writing deserves the reputation it has, I have tried to encompass a range of voices and experiences and presented an argument as to how he can continue to enrich our curriculum in multiple ways.

There is still much to discuss and debate around his work and the many elements which are problematic. We need to consider the lenses we look at this work through and where other writers challenge the ideas and provide a new perspectives. But my experiences tell me that we shouldn’t be deciding for students about if they should engage with these arguments or if they should be able to watch and read his work should they wish to. It shouldn’t sit up on a high shelf where only some people can take it down to feel the pages and explore the words We can only do that by providing all with the tools to be able to do so and invite them to join in by bringing forth the bard in our classrooms.

Bringing Forth the Bard: A Guide to Teaching Shakespeare in the English Classroom is out now! Suitable for all key stages and anyone else who wants an understanding of what it means to Bring Forth the Bard.

One thought on “What the Shakespeare Means to Me . . . and why I wanted to bring him forth” 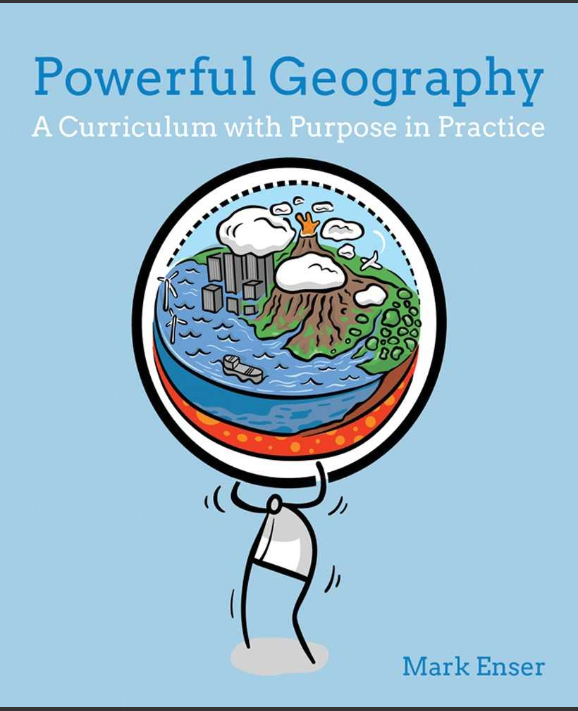